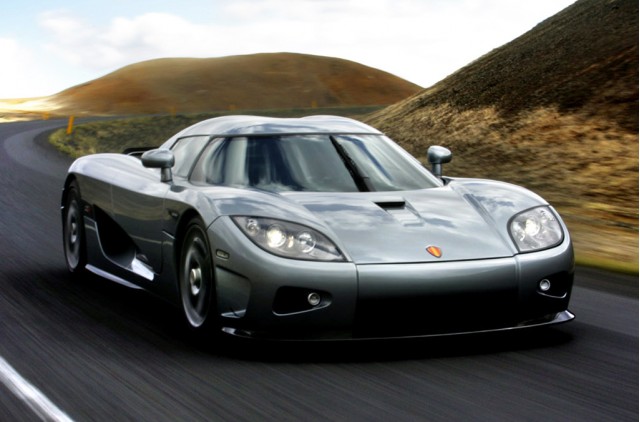 It is amazing to think that Koenigsegg was only started a few short years ago. Before Koenigsegg, the supercar market was dominated exclusively by Italian heavyweight hitter like Lamborghini and Ferrari. Now, Koenigsegg is undeniably on the map. In fact, it’s considered by many to be the fastest and overall “best” supercar ever built, better than any current or previous Ferrari, Lamborghini, or even Pagoni Zonda.

The first Koenigsegg was the CC8, which used a Ford engine putting out approximately 650 HP. Let’s be quite honest, this is a lot even for a supercar. The CC8 was blindingly quick and a marvelous first attempt for a supercar company that essentially came out of nowhere. However, recently Koenigsegg took things a step further with the CCX.

The CCX is very similar to the CC8, but much more refined and fine-tuned than Koenigsegg’s first model. Everything has been improved, including the engine, aerodynamics, ergonomics, and even the looks. For the CCX, Koenigsegg designed and built their own twin-supercharged engine outputting a little over 800 HP. With this power plant, the CCX truly became a threat to be the fastest supercar ever built.

But judging the overall “speed” of a car is not as easy as it may sound. In my opinion, the top speed of a car really doesn’t say much about its overall quickness. I mean, with 800 HP, you could go 300 MPH, but that would require ridiculous gearing to be able to keep the engine in its rev band at that kind of extreme speed. Basically, top speed means nothing because it’s simply determined by the gearing that the engineers decided to use in the transmission.

Even so, the Koenigsegg CCX certainly doesn’t lag behind in the top speed category with a maximum speed of about 240 MPH. However, this is still slower than the top speeds of the Bugatti Veyron and the McLaren F1 supercars. The Bugatti Veyron does indeed hold the record for the fastest street car at a speed of 252 MPH. Still, this is a mere 12 MPH faster than the Koenigsegg CCX.

Getting back to the issue of judging speed, a better measuring stick for the quickness of a car is its best lap time around a racetrack. Luckily, the British television program, Top Gear, has raced many of the world’s fastest supercars around their racetrack providing a good reference for the true quickness of a car. The Koenigsegg CCX is, in fact, the fastest car that has ever been run on Top Gear’s racetrack. It is faster than the Pagoni Zonda F, Maserati MC12, Ferrari Enzo F60, Ariel Atom, and the Porsche Carerra GT in that order. Of course, a car’s time around a racetrack is not an absolute measure of its speed. There might be variation in the driver’s performance from car to car, the track temperature and conditions, and even the different tires used on the cars. However, the track times seem to be the best indication of a car’s overall performance.

Thus, I feel that the Koenigsegg CCX is currently the fastest supercar that you can buy when it comes to racing on a track. In addition, I feel it is overall one of the “best” supercars available today. Sure, it doesn’t have the racing pedigree of Ferrari or the stunning looks of a Lamborghini, but it is simply a raw, untamed display of power and grip. There is no traction control, no fancy electronics, and no protective buffer between the car and the driver. For that reason, it is a true driver’s car, exactly what a supercar should be. For these reasons, I do feel that the Koenigsegg CCX is the best supercar ever built.