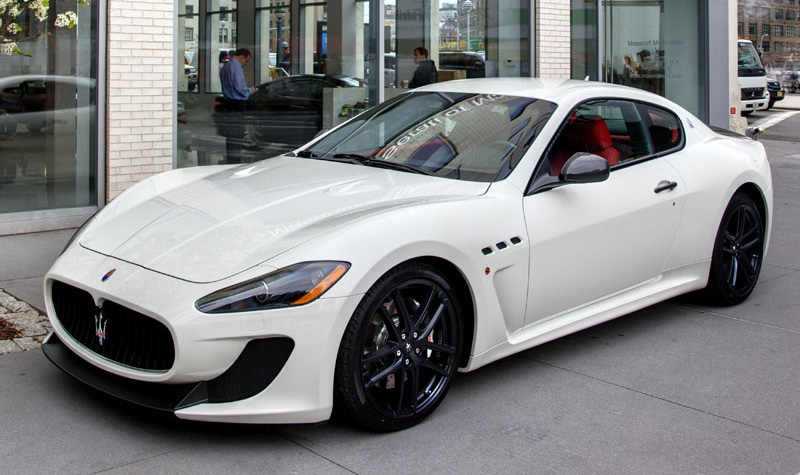 Maserati Factory is based in Modena since 1937, when the Orsi family took over the Factory control and moved it from its original Bologna location. The facility, that now covers more than 40,000 m², was entirely renovated in the late 1990’s becoming one of the most advanced low-volume assembly facilities in the world as well as an historic landmark in the city of Modena. The production lines are extremely modern and technological advanced to provide top quality production standards, as well as to offer more ergonomic assembly processes to Factory workers. The Factory hosts twenty six workstations where all the Quattroporte and GranTurismo lines are built. Clients from all over the world can decide to take delivery of their Maserati at the Factory showroom designed by famed architect Ron Arad.

The load bearing body structure facilitates enhancing the safety of the new Maserati GranTurismo MC. The use of the latest technologies, on the other end, allows optimizing the car weight balance and performance. The structural part of the body is made of steel, the hood and front bumper are in aluminum, while the trunk lid uses the Sheet Molding Compound Technology and helps reducing the vehicle weight.

The Maserati GranTurismo MC features six airbags which system has four individual sensors located in the front and sides of the vehicle as well as on the control unit set near the central console. The Maserati GranTurismo MC implies a new generation of dual stage airbags for the driver and front passenger, which is always protected by airbags which adapt to the passenger’s size and stature.

Both the front and rear seat belts have electronically controlled pretensions and load the most modern limiters on the market. The system communicates with a sensor which is able to evaluate the severity of a collision and optimally inflates the airbags by taking in consideration the status of the seat belts (fastened / unfastened). An inertial switch is designed instead to stop the fuel pumps and help preventing fire breaking out in case of a violent collision.

In terms of active safety, the Electric Parking Brake (EPB) is available on all Maserati models and it can be activated simply by pushing the electric button located in the central tunnel which substitutes the conventional mechanical lever. In extreme situations, the EPB can be used when the car is moving: the system communicates with the Stability Control (MSP) and acts on all four wheels in order to provide rapid braking in case of an emergency condition (deceleration of 0.5g).