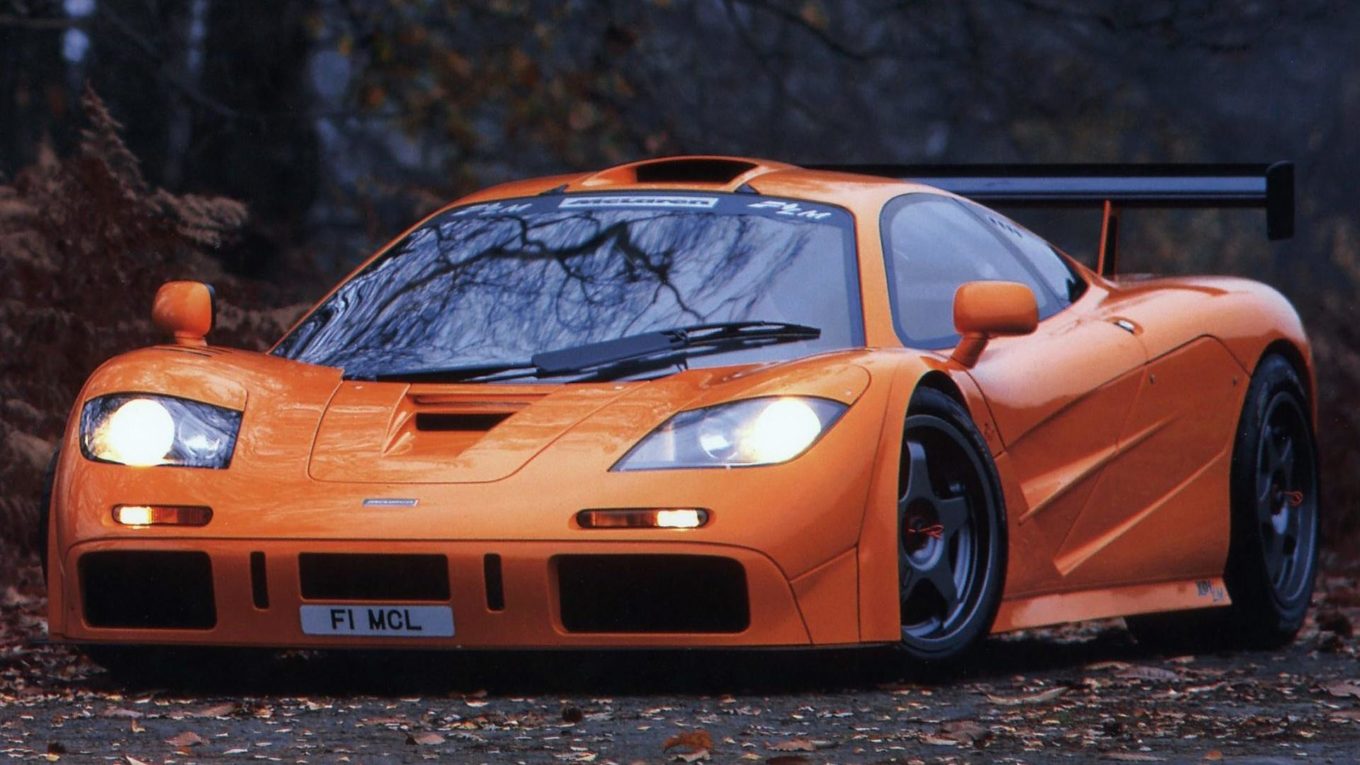 Every day, it seems, newer and faster cars are appearing on the automotive scene. Ferrari just debuted the V-12 hybrid LaFerrari. Porsche is soon to roll out its 918 Spyder hybrid. Pagani has the new Huayra. Koenigsegg has the Agera. And, Ascari has the KZ1R. Bugatti is up to around 12 variations on the Veyron. Each is more intense than the last. Now, it looks like the Hennessey Venom GT will steal the fastest car crown. Hell, there’s even a $1 million electric hyper car on the market called the Rimac Concept One.

With each new model, each new new bit of technology and each new idea, manufacturers are trying to eek out every bit of horsepower, torque and performance to make their cars just that bit faster and better than everyone else’s. But, no matter what the end result of the all of the design, testing and development is, every hypercar shares something in common: they all have the McLaren F1 as the inspiration and impetus for their existence.

Whereas the Lamborghini Miura is the progenitor of all supercars, the McLaren F1 took everything that is “supercar” and ramped it up. It is the granddaddy of hypercars. It blew its contemporaries out of the water, which was no small feat. The F1 comes from a generation of cars that includes the Ferrari F40, the Porsche 911 GT1 and the Jaguar XJ220. Last Monday, the McLaren F1 celebrated its 20th birthday. On 28 May 1992 McLaren unveiled the F1 at a launch party at The Sporting Club in Monaco during Monaco F1 Week. In honor of this momentous occasion, it seems like a good time to look back and see what made the McLaren F1 a truly great car and a centerpiece of automotive history.

It all begins, as many stories like this do, with racing, specifically with Formula One. In 1988, McLaren’s Formula One team won 15 out of 16 races. Not a bad starting point for creating the world’s fastest car. Anyway, after that season, McLaren Cars Ltd of Woking, England thought it a wise move to extend past racing into creating a road car. Being the same McLaren who just won 94 percent of their Formula One races, the car had to have the highest power-to-weight ratio to date but still retain daily driver usability.

Normally, that kind of refusal to compromise is a non-starter when it comes to designing a car. Not for McLaren. Because of their success in racing, they had nearly endless funds to spend on development of the F1. Oddly enough, that same attitude led to the car that dethroned the F1, the Bugatti Veyron, a little over a decade later.

After shopping the project to Honda and Toyota and being rejected by both, BMW and their famed M Division took an interest and designed the 6.1 liter 60 degree V-12. The engine, designated BMW S70/2 produced 618 horse and 480 ft/lb of torque. The BMW engine was 14 percent more powerful than Murray’s original specs called for, but that was offset in part the engines weight. At 586 pounds, it was 35 pounds heavier than Murray’s specifications.

The dry sump BMW S70/2 has an aluminum block and head, quad overhead cams with variable valve timing, a chain cam drive to maintain reliability and was mounted to a six-speed transmission with a triple plate clutch. As the engine was high revving (reaching max torque at 7,400 rpm) it produced a fair amount of heat. To guarantee insulation between the engine and the carbon fiber bay and monocoque, Murray lined the engine compartment with gold foil, a great heat reflector. A little less than an ounce of gold was used in each car. I wonder if the value of the F1s fluctuates with the market price for gold.

Thanks to BMW, McLaren achieved their goal of having the industry’s best power-to-weight ratio, 550 hp/ton. In comparison to today’s hypercars, the Ferrari Enzo reached 434 hp/ton, the Bugatti Veyron reached 530 hp/ton and the SSC Ultimate Aero TT bested it with 1003 hp/ton. And, that ratio showed in the car’s speed. The F1 could accelerate from 0-60 in 3.2 seconds, 0-100 in 6.3 seconds, 0-200 in 28 seconds and run the quarter mile in 11.1 seconds at 138 mph. The McLaren F1 hit a world record top speed of 243 miles per hour. To this day, it is still the fastest naturally aspirated production car in existence.

That amazing power-to-weight ratio was made possible through the use of carbon fiber, Kevlar and magnesium throughout the cars body to save weight. The McLaren F1s ranged in weight from 2,341 pounds to 2,509 pounds, depending on model. The F1 was the first production car to use a complete carbon fiber reinforced plastic monocoque chassis. The body’s attachment points were constructed out of aluminum and magnesium. To top it all off, Peter Stevens’ body design achieved a drag coefficient of 0.32, as compared to the Veyron and Ultimate Aero TT both at 0.36.

Completing the hypercar look of the car, the F1 features swan-wing doors and very very unique and awesome luggage compartments in front of the rear wheel arches. The F1 also has an unusual 3-seater configuration with the driver in the center to maximize visibility.

Formula One inspired suspension, 235/45ZR17 front tires, 315/45ZR17 rear tires, Brembo vented and cross-drilled brake discs (332 mm in the front and 305 mm in the rear) with four piston calipers all around and a computer controlled handbrake gives the F1 handling and performance commensurate with its speed.

The McLaren F1 was offered in three street legal variations, the standard road car, the F1 GT and the F1 LM. The F1 GTR version was offered for the racing circuit. Only 106 F1s were built, 69 of the standard, 6 F1 LMs, 3 F1 GTs and 28 F1 GTRs. The standard F1s originally sold for about $970,000 with the LMs and GTs being a bit more expensive. Because of McLaren’s dedication to this car, they are still offering service and maintenance on all F1s. A good example of an F1 can sell at auction for over $3 million. In 2010, Gooding & Company Pebble Beach Auction sold a 1994 F1 for $3,575,000.

Murray and McLaren achieved their goal. The F1 is an uncompromising speedster and a successful daily driver. As the granddaddy of all hypercars, the McLaren F1 is still an amazing thing. It may not be the fastest, but it was the first. Definitely on my bucket list of cars to test drive. Hmmm, I wonder if Jay Leno will let me borrow his. Happy birthday McLaren F1.