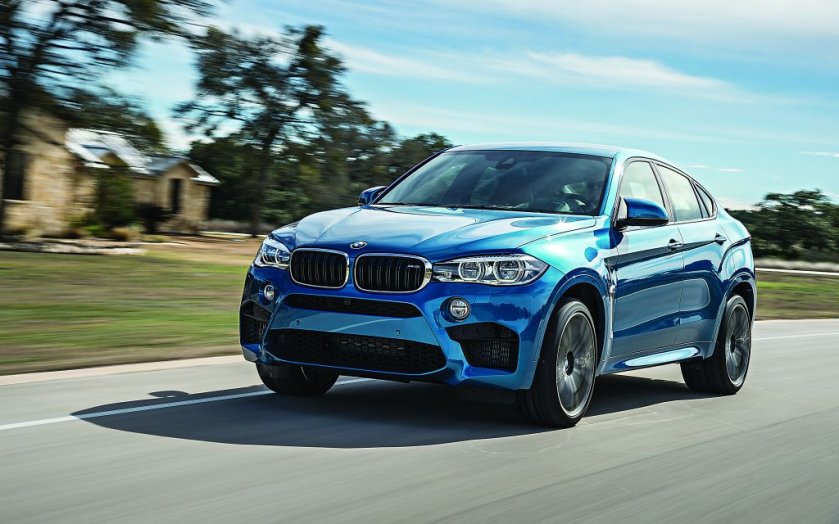 The recipe for the BMW X6 seems quite simple, take the mechanics, size and stature of a 4×4 and then combine it with the body shell of a coupe, which is designed to seat four people. Surely however, if you have gone through the expense of buying and running a large SUV you would expect that it could carry more people than an averaged sized hatchback. Especially when Volvo XC90 does the job of carrying seven people so well.

Nevertheless BMW believe that the X6 offers the latest evolution in sports utility vehicles combining dynamic excellence with driver enjoyment, and designed to take on rivals in the form of the Porsche Cayenne, Range Rover Sport and Mercedes ML63. However with uncertain petrol prices, high running costs and growing public antipathy towards large 4×4’s many previous SUV owners are returning to more humble hatchbacks and saloons.

Inside the BMW X6, the driver is still afforded the lofty driving position that would be recognised by any 4×4 owner, however it is the performance and handling that provides the biggest surprise. Underneath the bonnet is a 4.4 litre V8 engine, which produces 400 bhp and is able to propel this giant of car to 60 in 5.4 seconds.

The BMW X6 comes with an 8 speed automatic that can be controlled by paddles on the steering wheel should you feel the need to make the gear changes yourself. However its BMW’s Dynamic Performance Control software that really allows this SUV to shine. The DPC senses the power and grip available to each wheel, and so when one starts to slip, power is automatically transferred to another wheel that has more grip.

From the outside the BMW X6 is certainly an imposing sight with its large 20 inch alloy wheels, powerful xenon headlights, and sleek coupe style body. This is a vehicle sure to stand out on the road, especially when you consider it is wider and longer than the more conventional BMW X5.

There is no getting around the fact that the BMW X6 is a very large 4×4, that will dwarf most vehicles on the road, and perhaps will not be the most subtle way to travel in the current troubled economic climate. However it is also true to say that BMW has introduced a new type of 4×4 and created a stylish and smart looking vehicle, that despite its size and weight handles and looks more like the four door coupe that it was designed around than a standard SUV.