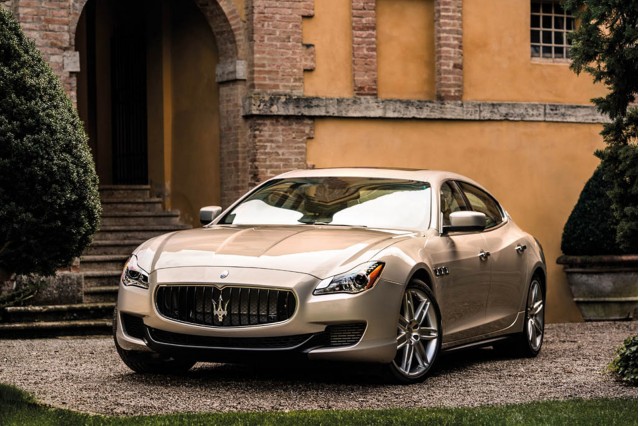 Maserati began officially in 1926 when the Bologna, Italy, brothers who had previously worked for Diatto creating race cars decided that, after Diatto stopped making race cars, that they would make their own.

They created a race car that won the 1926 Targa Florio race. This race had been held in the mountains of Palermo, Sicily and was both a dangerous and treacherous race that included hairpin turns and temperature differences due to the elevation differences throughout the race. Because this was a difficult circuit to drive around, winning the race brought prestige to the brothers. Enough to send them down the path of manufacturing race cars. Brother Mario created the logo that is known across the world and these brothers began creating four, six, eight, and sixteen cylinder race cars.

Although, brother Alfieri was the driver that won that first race that Maserati had entered, in 1932 he passed away. With his passing, the other brothers continued along for five more years, eventually selling their parts of the company to Adolfo Orsi in 1937. However, these brothers remained an active part of the car designing and took engineering roles with the new company when it relocated to Modena.

In 1939, Maserati was the winner of the Indianapolis five hundred in successive years. Then the war came and Maserati stopped making cars and instead concentrated on the war effort. It was a time of trials and tribulations that pitted Maserati against Volkswagen. Maserati attempted to create a car for Mussolini, hoping to do so before Ferry Porsche did for Adolph Hitler. Of course, they failed in that V-sixteen towncar concept. But, the technology was useful in designing the A6 series which became popular after the war.

After the war, Maserati went back to creating race cars. In 1950, Maserati won the World Championship. In 1993, Fiat became the owner of the Maserati name and in 1999, Ferrari, which was also owned by Fiat, lent a V8 engine, as well as an automated manual transmission to the 2002 models known as the Spyder and Coupe with some success. It should come as no surprise that Maserati was created in Italy, the home of Ferrari and Lamborghini.