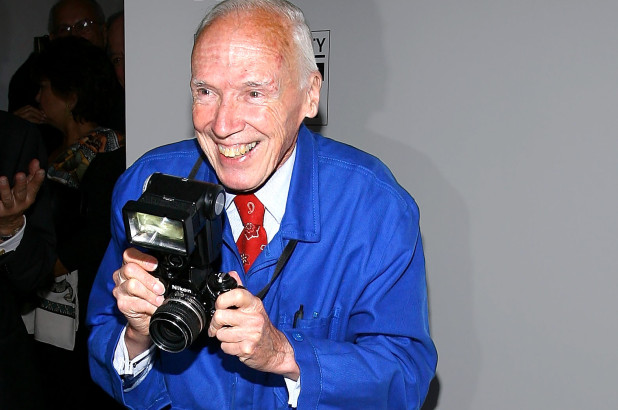 Often, the trouble with fashion design is its lack of accessibility to those outside of the elite world of fashion insiders. High-profile European design houses like Gucci, Prada, and Givenchy (to name just a few) produce couture that is so expensive, it is only really available to a limited and extremely wealthy clientele. Mostly, it is celebrities, fashion models and socialites that get to wear the clothes that we normal people only dream about when leafing through fashion editorials in magazines, photographed by the likes of Ellen Von Unwerth, Terry Richardson and Mario Testino. All of these photographers have such a distinct style, that any fashion school student or fashion merchandising expert can easily recognize their work. However, as their famous photographs reach millions of fashion worshipers, their inorganic flawlessness only acts as perpetuating proof of the inaccessibility of the world of high fashion. Nowadays, fashion blogs act as the antidote to professional, high fashion photography. Many blogs are amateur-run success stories that document a thriftier, street style rather than the stuff of Parisian runway shows.

Bill Cunningham is a different type of fashion photographer, and perhaps the original fashion blogger, before blogs even existed, let alone digital cameras. His eye has been capturing and documenting street style in New York City for the last fifty years. Bill Cunningham’s passion is not photography. Rather, it is fashion, and most specifically, it is women in unique and beautiful clothes. He does not care about celebrity status or gossip. He does not care about brand names or the price tag on a garment. Bill Cunningham certainly does not care about money. His main focus is originality and timeless style, as well as clothing that catches his eye and interests him. Period. Additionally, he has been quoted saying that, “the best fashion show is definitely on the street. Always has been, always will be”. In other words, he likes to see real women wearing clothes in their own original ways, rather than just ultra-thin, alien-like runway models that have been styled head-to-toe by designers. Cunningham loves a woman with a good sense of individual style, and he has made his career out of photographing those women that he finds on the streets.

In the early nineteen-fifties, after dropping out of Harvard University and moving to New York, Cunningham started his own hat business, naming his label William J. However, soon he was drafted and served in the U.S. Army during World War II. After the war, he returned to New York and began writing for the Chicago Tribune, where he first began his career in fashion journalism. While working for the Chicago Tribune and Women’s Wear Daily, Cunningham began taking photos with an analog camera he had acquired as a gift. Cunningham lived simply, in a small studio in the Carnegie Hall towers, riding his bike, taking photos and accepting very little money in order to maintain complete creative control over his work. In the documentary Bill Cunningham New York made by filmmaker Richard Press about his life, he explains his philosophy that once you accept money for your work, you no longer have the freedom to do whatever you want, and it often compromises the integrity of your work as a whole.

In the fashion world, where it seems that everybody is obsessed with money and glamor, Cunningham’s humble, yet passionate eye for fashion is an absolutely refreshing change from the status quo, and a fashion school student’s inspiration. For him, it’s not about the money. It’s about the cut, the lines, the colors, the patterns and each individual stitch that makes a garment special. Even at age eighty-one, he can be spotted out on the street with his analog camera, denim work-smock, and his bicycle in search of women whose style he admires for his On the Street column in the New York Times. Even Anna Wintour, editor of American Vogue has claimed that, “everyone gets dressed for Bill.”