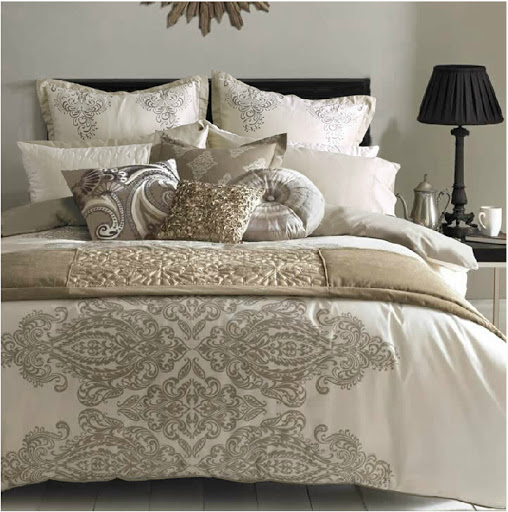 What defines luxury? For everything, there is a different answer, and it’s not always clear cut. In fact, many times, luxury is different for different people. In a car, some people feel luxury is simply big, soft seats. Some people have to have a lot power at their disposal. Others want a lot of high tech gadgets. Many people feel that a luxury car is a combination of all these factors. So what is luxury bedding?

What Is A Duvet?

The traditional stuffing for the duvet is down from the Eider Duck, called Eiderdown. The duvet was not invented with luxury in mind, but rather to keep warm using something nearby. Now that duvets can be found all over the world, those still made with Eiderdown definitely fall under the category of luxurious bedding. A duvet generally replaces comforters and blankets, and is then itself covered since the Eiderdown is difficult to clean.

Bed sheets are normal, but not all are luxury bed sheets. There are several different ways to measure quality in bed sheets, though only a few are used everywhere. This is thread count, as well as the threads’ country of origin. Choosing your luxury bedding should involve more research than just those terms, but they’re the two you’ll see most often advertised. The best, softest luxury bed linens don’t necessarily have the highest thread count, or come from Egypt.

Although sometimes marketed as a luxury bed linen all its own, it’s traditionally not. In fact, this French word actually means “padded”. When referring to luxury bedding sets, it generally means a hand quilted, thick luxury bed linen which, ironically, has no padding within it at all. Sometimes there are designs quilted into the linen, but sometimes it’s just a generic quilted pattern. They’re usually 100% cotton, though some Matelass is made of other things.

For the most part, the coverlet is purely decorative, and often sits atop a duvet or other thick covers. Besides being used on a luxury bed, the coverlet can also be found being used a throw blanket, or even a picnic blanket. They are generally quite thin, and are rarely suitable for keeping warm. Although coverlets have been around for a while, they have been largely replaced by duvet covers in most luxury bedding ensembles. The coverlet is still used by some, though, and can be found in a wide variety of designs and patterns. They can be purchased individually, or found in a luxury bedding set.