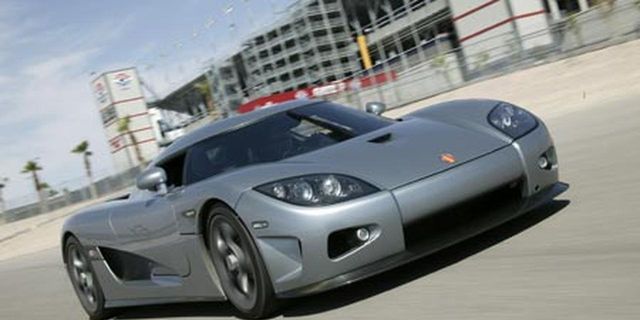 Humans have always been endowed with a competitive spirit, whether in sports, in business, in love or in war; all this has defined man’s actions. From Napoleon to Kennedy and even to Kobe Bryant, the ability to excel has become the guiding torch to reach greater heights.

It is this gung ho attitude that separates the achievers from the rest, the men from the boys, the filthy rich from the poor, or the supercars from the family sedans. Self-aggrandizement urges one to do things extraordinarily just to stand out and be different and flaunt, especially if you are rich.

It is precisely this attitude that helped Christian von Koenigsegg decide to create a supercar because of a huge market just waiting to be tapped. So in 1993 he launched the Koenigsegg Automotive Ltd., a small tight-knit group of competent people. It was only in the spring of 2004 that the company enjoyed initial success that catapulted Koenigsegg to automotive prominence with the launching of the CC model series.

They are now housed in a large fighter jet facility but still composed of 30 full-time personnel. At present, only 7 vehicles are assembled simultaneously, 4 at pre-assembly and 3 at the final assembly phase. In a sense, their vehicles are customized and virtually handcrafted.

The CCX is a popular car and the Koenigsegg Team intends to keep it that way, never to be influenced by recent trends but enhance only within the confines of its existing models. The CCX engine has been modified to comply with California regulations especially when running on US 91 octane fuel.

A lot of improvements have been integrated; a new cylinder head, dual injectors per cylinder, a new camshaft and carbon fiber intake plenum, the catalytic converter was moved closer to the engine, and new fuel tank and engine block of 356 Aluminum. All these implemented to make the CCX cleaner and more eco-friendly.

Since the CCX is designed to achieve a maximum speed of over 400kph, all the other elements must be able to sustain that awesome acceleration. The chassis is semi-monocoque made of impregnated carbon-fiber; the front and rear suspension is double wishbone with an adjustable racing gas-hydraulic shock absorbers and pushrod operated; an anti-roll bar and an electronically adjustable ride height; the front and rear wheels use identical disc brakes (362mm diameter) with 6 sets of piston light alloy calipers that are 32mm wide while power-assisted by the Koenigsegg Advanced Control System.

Wheels used on the CCX are the Koenigsegg magnesium alloy with a center lock or the carbon/magnesium type. Front-wheel size is 19″ x 9.5″ while the rear is larger at 20″ x 12.5″. The tires recommended are Michelin Pilot Sport 2 that is unidirectional with an asymmetric tread pattern. The steering system used is a power-assisted rack and pinion type that takes 2.7 turns to lock and the turning circle is 11 meters.

The CCX is not cheap and only a select few can own it, besides this car is not mass produced thus, only very few units will come out of the Koenigsegg assembly plant every year.