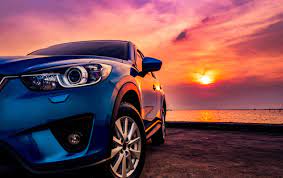 Traditionally, car manufacturers used to sell cars on their native continent. When globalization started to become a huge trend in the business world, roll-on/roll-off carriers, nicknamed “ro-ro”, were developed in order to easily load vehicles on vessels in order to bring them to far away countries. This little revolution was said to happen in the ’70s, with Japanese company K-Line building the first big car carrier, which would host up to 4 200 automobiles at a time.

Even though this mean of transportation is still being used today, other alternatives were found by car manufacturers to bring down costs and allow the avoidance of expensive customs’ taxes. Car giants developed manufacturing plants on most continents, often in emerging countries where a strong market potential was seen. This is now the case of China, which is still considered the top 1 business opportunity to explore for multinational companies.

Today, we will focus mainly on the luxury car market that is coveted by many.

Reasons to produce in China

Right now, imported cars have to get through a 25% tax: this alone makes them a lot less competitive than locally-produced cars. After adding the VAT, the price is simply outrageous for most consumers. The Chinese government is also very interested in bringing joint ventures to the country: companies can partner with local automotive companies, which gives a natural distribution expertise to the multinational manufacturer that wants to penetrate the Chinese distribution channels. After all, the mindset can be very different between Europe and Asia.

Recently, a few big names decided to open huge manufacturing plants in China in order to offer competitively-priced prestige vehicles. Mercedes, for example, will invest 2 billion dollars in the coming years to establish a strong foothold in this 1.35 billion people market. GM, which produces the famous Cadillac, has also announced a 1.3 billion dollars’ contract to build a plant, which would allow the American company to produce and sell 150 000 units on a yearly basis.

It is expected that the Chinese luxury car market will reach 2.25 million units by 2016; in 2020, we’ll be talking about 3 million units. This quick growth makes this country a real Eldorado for those who have enough money to afford the expansion. Of course, one should not think that the competition is weak because of the many barriers to entry: German manufacturers BMW and Audi are already well established in China. Audi, for example, was already selling close to 236 000 prestige cars in 2012!

Very different trends from one ocean to another

Readers could be wondering why car manufacturers are suddenly having such a big interest for the Chinese market while multinationals have been dealing with the country for decades already. The reason is quite simple: the growth of the Chinese rich class is phenomenal. It took a while for the population to see the positive impacts of opening the market to the outside world. Between 2010 and 2020, though, it is said that the proportion of rich people (excluding the super-rich) will shift from 6% to 21%. It said that today already, this proportion is a lot higher than other BRIC countries – Brasil, Russia and India. Chinese people also feel a very strong pressure in regards to showing their social status, which translated into a strong popularity of luxury cars.

In North America, the market is slowly recovering from the 2008 crisis. Even though used luxury cars became a lot more popular in the last few years, manufacturers are started to breathe better. This is also related to the offering of cheaper prestige vehicles by many brands like Mercedes. More luxury cars are being sold right now in the USA in comparison to China, but analysts believe that China will dominate the statistics from 2016.

The biggest loser: Toyota and Lexus

Toyota Motor Corporation, which is the owner of the Lexus brand, has decided not to build a plant in China for the moment. The weakness of the Japanese yen makes it extremely expensive to invest abroad, comforting the strategy of shipping cars using huge naval carriers. The tensions between China and Japan are also very important: political resentment negatively affects the sales of Japanese cars in the country. Lexus was not able to sell more than 49 000 vehicles in 2012, a number that hardly justifies a new plant.